Back from the Dead: After 2+ Years, Suave Men Professional Styling Paste is in Stock on Amazon! 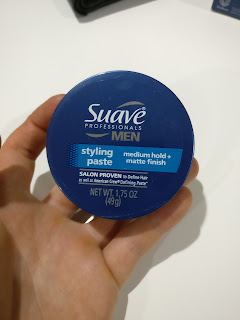 It's back! After being discontinued in 2015, the superb Suave Men Professional Styling Paste is back in stock!

Early reviews of the Dove "Sculpting Paste" clone were mediocre as the Dove version included additional perfumes, a more glossy look, and a weaker hold.  Amazon reviewers made it clear that customers would be better off with American Crew than the new, sub-par Dove product.


Question: How does this compare to Suave's (discontinued) styling paste? I see some notes in the reviews regarding some variation in the ingredients.
Answer: It has a stronger perfume smell and the hold seems weaker. I will be trying the American Crew pastes at this price.

This is a good product. It was simply rebranded from a Suave product that was cheaper in price though. Depending on where you look be sure to compare the price PER OUNCE to higher end brands like American Crew. Honestly American Crew can cost about the same, a little more, or a little less depending on what store or website you look. Keeping in mind there is only 1.5 ounces in this Dove product so make sure to compare the per ounce cost and not container cost. The fact a Dove product (formerly Suave) is at the same general price point of American Crew is pretty crazy to me. I swear I remember buying this product when it was Suave for under 4 bucks at Walmart. Really disappointed in the price hike and now I believe this to be overpriced.

Early reviews of the newly resurrected Suave are positive:


It's back! I used this all through high school and then Suave came up with a new pomade that I hated. All i can say...it's back and this is gonna be the only one I use!

Personally, I bought a three year supply of Suave when it was discontinued and I'm excited to see that I won't have to switch to American Crew!

You can see these three products (Dove, American Crew, and Suave) and the reviews included here by searching Amazon for "styling paste". 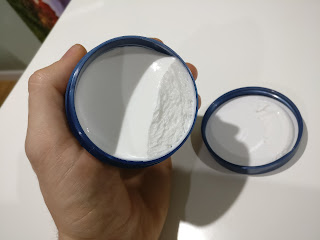 Posted by Zamicol at 4:35 PM No comments: